8-2020: Evans Officials Call Questioning the Privatization of Public Parkland “Harassment”! The Truth is in the 15 page PDF! [ Click Here ]

The Good, The Bad & The Not So Pretty

Why is the procedure to rezone property on Erie Road Different than the unalienated parcel that was part of the deed description of Lake Erie Beach Park? [ Read More ] 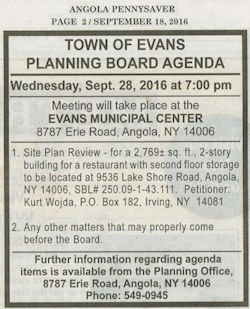 After contacting Robert Freeman of the NYS Committee On Open Government (Read The Email) about proper legal notice for “public body” meetings, this legal notice appeared in the 9-18-2016 Angola Pennysaver.

At the 9-21-2016 Evans Town Board Meeting, the board said that questions about the 0.8 acres of unalienated parkland WOULD NOT BE ANSWERED until AFTER the Planning Board approves the restaurant project on the former Point Breeze Hotel site.

The Town does not have time to answer questions but did find time to state that the project conforms with the town’s Local Waterfront Revitalization Program (LWRP). (Read The Evans LWRP)

Parks, going back to British Common Law are protected by the Public Trust Doctrine. Evans officials are stewards of parkland. It’s their job to protect parkland for current and future generations. The law also requires them to correct “continuing wrongs” which in this case is the sale of 0.8 acres of Lake Erie Beach Park. Read the Kings Point decision.

No matter if you are for of against the project, attend the meeting and let your voice be heard.

Lake Erie Beach Park in the Town of Evans, Erie County, State of New York is a unique and popular waterfront park. It is unique since it is deed restricted as always to be and remain open to the free access, use and enjoyment of the general public.

Like many of the public’s access points to waterfront property across the USA, there have been numerous clashes between people using the park & adjoining neighbors. In 1994, renovations by the Horizons Waterfront Commission were completed. 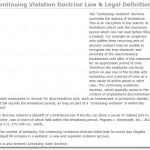 This website seeks to inform the public about the park’s history from its creation by the Murphy family in the 1924 through today.

In 1987, the Lake Erie Beach Property Owners Association deeded the park to the Town of Evans. The Town accepted all the terms, deed restrictions and agreements that protected the park for the “free” use by future generations.

On 4-13-1998, the Town of Evans sold 0.8 acres of Lake Erie Beach Park. New York State law requires approval of the state legislature to alienate parkland. State law also requires the sale to be at fair market value, much more than the $3,000 sale price,  and an equal size parcel must be purchased to replace to lost parkland. None of the legal requirements were met. When the sale became public knowledge in 2000, it was well past the one year statute of limitations for a court challenge. 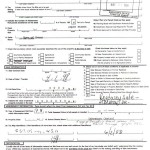 On 6-13-2014, a very important public trust decision was issued by the New York State Court of Appeals in a case brought by the Pace Environmental Litigation Clinic’s good friends and allies at the Super Law Group. New York State’s highest court ruled in Capruso v. Village of Kings Point that legislatively unauthorized “non-park” uses of public parkland by municipalities are “continuing wrongs” that can be challenged at any time by the public or the state, and that statute of limitations and laches defenses may not be asserted by municipalities to block efforts to enjoin such violations of the Public Trust Doctrine. This ruling applies even where the municipal misuse of parkland has been ongoing for decades.

In simple terms, it is now possible to go to state court via an Article 78 action and ask the court to require the Town of Evans to restore the public’s use to the entire park.

While this website’s focus is on Lake Erie Beach Park, the information referenced here within, can be used to protect the public’s rights to public property across NYS and the USA.

To use this website, scan this home page and its menus.

Use the link to the blog if you want to share your opinion.

View Documents From The Creation Of The Park In 1924 Until Today. Click Here

Going Back To Common Law, Parks Are Protected. Click Here

There is an abundant amount of information online about parks and their use. Click Here